There has been a high volume of ADL MMCs on the 99 recently with most of the ADL MMCs in East Sussex appearing in the local area in one week. These buses are 66 plate and at least half of the daily 99s have been done by these recently. The Buses in this post are 10701/3/4/21/2/3/4/5 the first 3 buses mentioned in the list are unbranded whilst the rest are Wave branded. 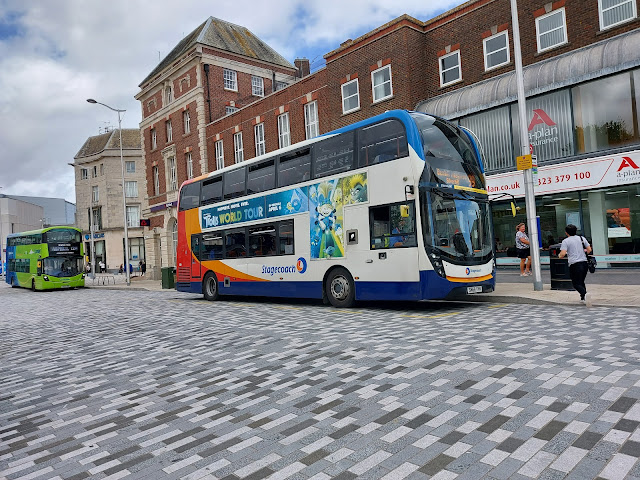 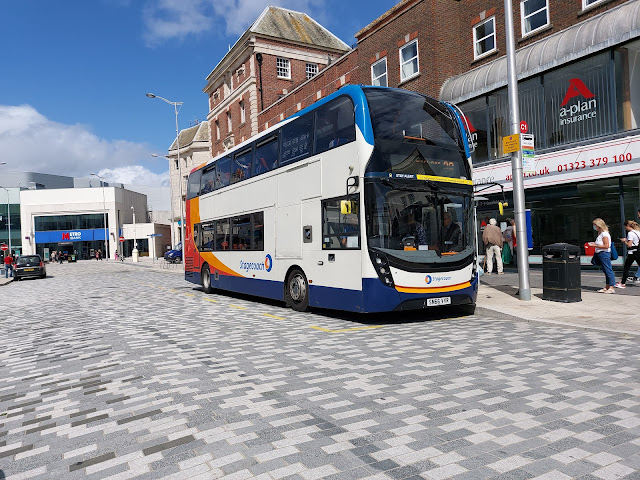 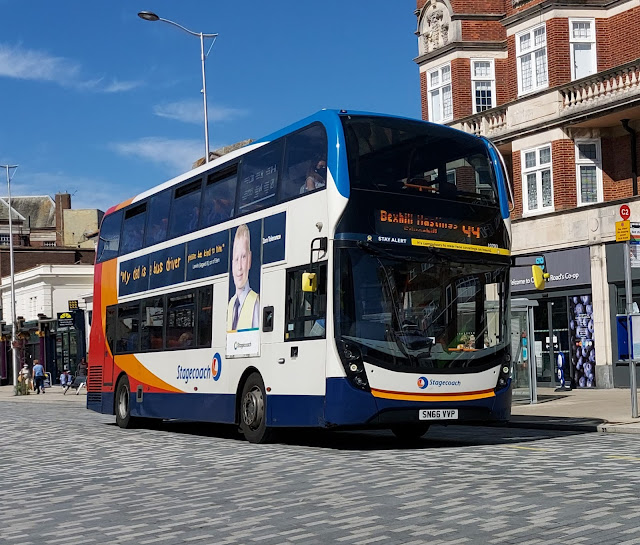 A moving photo sees 10703 which was taken as part of clip zooming past stand C2 in the town centre
All of the Sussex Wave branded ADL MMCs appeared on the 99 this week. These buses were new to the 100 group of Wave routes but had their maps of of the route removed when the route was split so are just known as Waves. 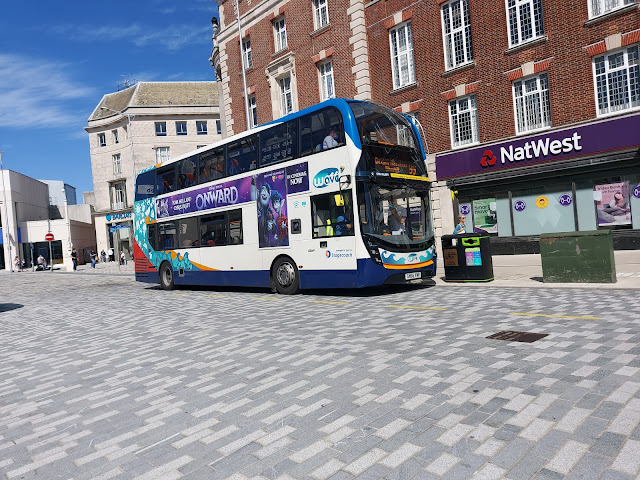 The very last in the batch 10725 was a bus that was really hard to snap for a very long time but I have many photos of it now here it works the route. 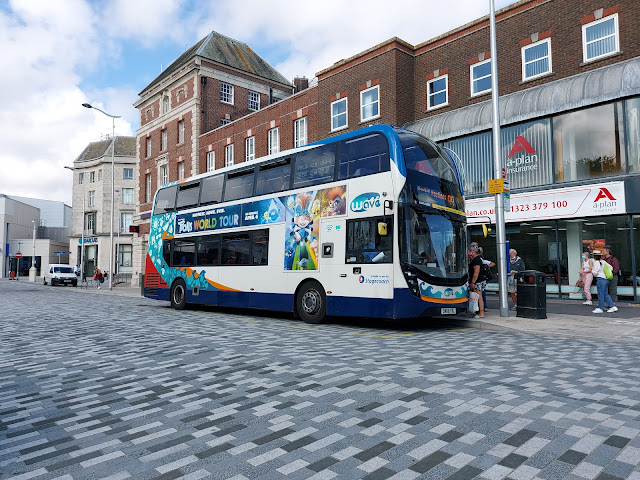 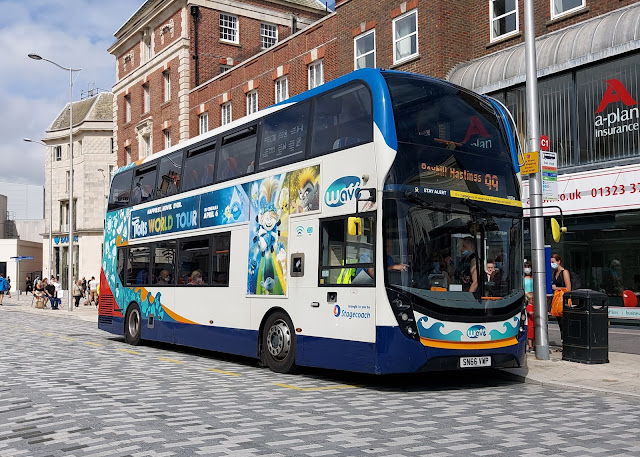 A really shy bus this is it has to be my least snapped MMC but it came for a visit on Tuesday this week and was able to snap it here is 10724 looking good in the sun. 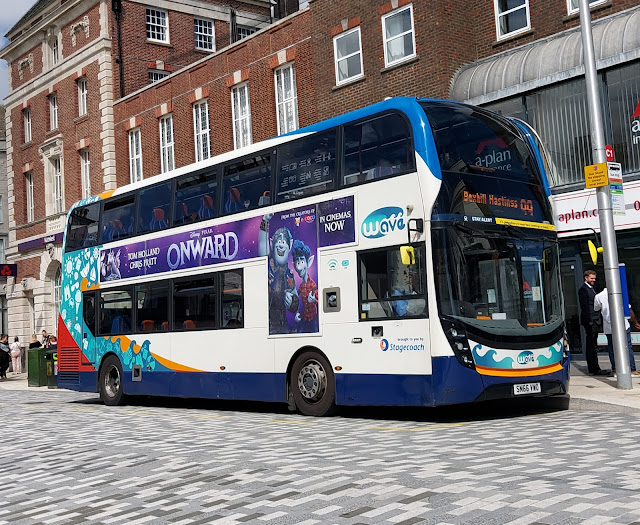 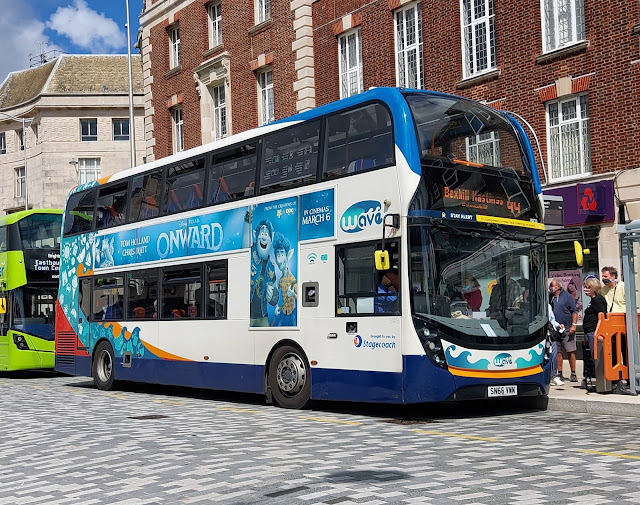 10722 is also seen in full sun with a ugly terminating Brighton bus behind another ADL MMC that has been on the route quite a bit recently.
The ADL MMCs are running alongside the Scania MMCs and various other buses on the route they seem to out number the Scania ones on it at the moment. However, the route is operated by ADL and Scania MMCs.
Posted by Lou Phillips at 13:30